January Albums of the Month

The UK post-punk outfit follows up its debut – Silence Yourself – with Adore Life. The group seemingly goes through a bit of a sophomore slump here, lacking the same intensity it displayed in its previous project. Not short in quality, Adore Life is just not quite as attention-grabbing. The failure to live up to Silence Yourself is a bit of a disappointment but Savages’ latest offering certainly stands on its own and is nonetheless quite enjoyable.

Bloc Party’s Hymns is nothing if not conceptual, cohesive, and thematic. The UK band touches on themes of sadness and even religion, almost in a similar fashion to Vampire Weekend’s Modern Vampires of the City. Lacking on this record is a bit of punch and critics would not be far off to describe portions of this album as “boring.”

Favorite Tracks:
The Love Within, Only He Can Heal Me, Fortress, Different Drugs

The multi-talented producer that is Boots blends industrial, rap, pop, and R&B elements into his debut album, AQUARIA. Weird and experimental, Boots delivers exceptional production start-to-finish. Although passable, his vocal performance does not quite hit the same high standards.

Although a tough act to follow, Sia’s follow-up to the highly successful 1000 Forms of Fear is somewhat underwhelming. The vocal performance is obviously there however it is extremely difficult to differentiate from single to single. Outside of “Alive,” there seems to be a lack of tracks with considerable replay value.

After a considerable time since her last project – 2012’s Unapologetic – Rihanna comes through with the highly anticipated ANTI. Consistent and concise, the album seems to really hit its stride in its middle section. Noticeably absent are the likes of “American Oxygen”, “BBHMM”, and “FourFiveSeconds” which, if nothing else, serves as a reminder of Rihanna’s impressive back-catalogue of singles. Unfortunately, the album is somewhat repetitive and unoriginal, which is underwhelming considering the four-year period between projects. The inclusion of the Tame Impala cover – “Same Ol’ Mistakes” – is intriguing and should spark some debate.

Building off the 2015 hype of his appearance on Kanye West’s “All Day”, as well as his own banger in “Keep It Easy”, the Winnipeg-native delivers the full-length project Northern Lights. A definite improvement on Future Memoirs, this collection of tracks confirms the belief that Allan Kingdom is set to join hip-hop’s elite in the coming years with his unique cadence and flow. Northern Lights is not without its flaws, definitely losing steam after a fantastic start, but demonstrates the potential of the young emcee.

With all the content put out from the “official trapper” over the past year, Future somehow manages to deliver more quality work in the surprise mixtape, Purple Reign. Although a noticeable downgrade from albums like DS2 and What A TIme To Be Alive, Hendrix comes through from top-to-bottom once again. The tape isn’t short for fantastic tracks but noticeably absent is the certified banger that has been found on past Future tapes. (See 56 Nights’ “March Madness” and “Trap N****s” and Beast Modes’ “Real Sisters”.) Also lacking is that cohesive feeling of a thematic album but, hey, it was rolled out as a mixtape.

Favorite Tracks:
All Right, Wicked, Drippin (How U Luv That), Inside The Mattress, Bye Bye, Perkys Calling, Purple Reign 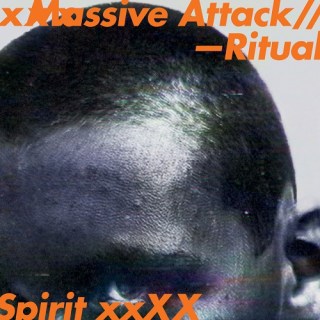 The electronic duo that is Massive Attack makes a quick return to the spotlight, following up the 2010 album Heli Go Land. The simplistic, dark production sets an eerie tone for Ritual Spirit and the enlisted features (all international, talented hip-hop artists) manage to bring something to the table and make unique contributions to each passing track. The short 4-track length of the release has the listener really digging into this thing just as it finishes up, but it’s hard to ask for much else considering its EP status. Bring on the clamoring for a full-length album.

The garage rock veteran returns with the intriguingly strange Emotional Mugger. The experimental project breathes fresh air into the artist’s discography, yet remains very accessible to a large-scale audience. Emotional Mugger’s psychedelic influences brings a distinct, unique flavour to each song, all the while remaining connected as the album moves along.

Anderson .Paak hits on the all-important “breakout album” that seamlessly fuses soul, funk, and R&B into Malibu. Cohesive like a concept album, the project somehow manages to evoke feelings of nostalgia with its heavy old-school vibes. Considered to be more of a hip-hop artist by trade, Malibu breathes fresh air into the genre and is unlike anything currently being offered.